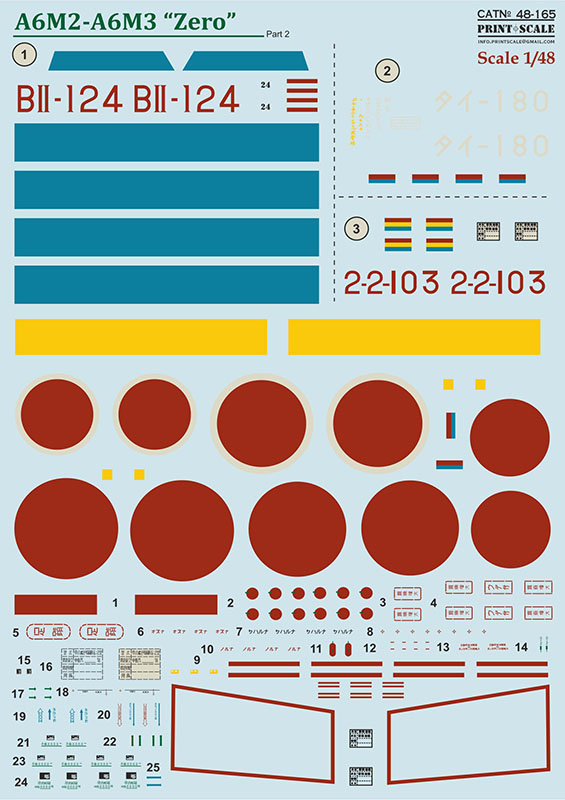 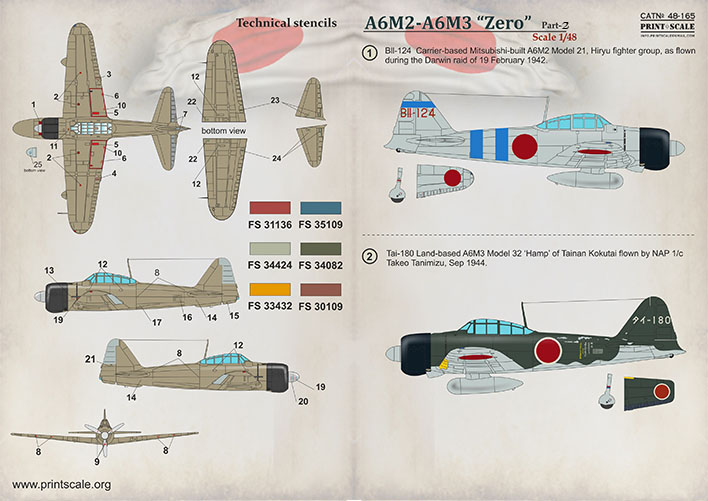 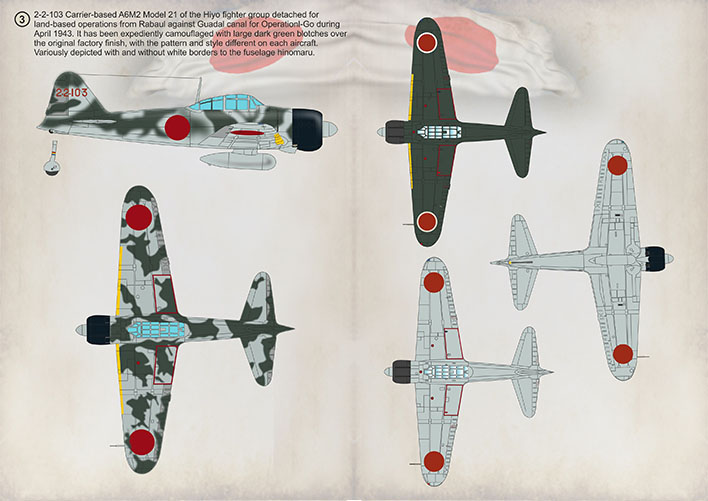 3. 2-2-103 Carrier-based A6M2 Model 21 of the Hiyo fighter group detached for land-based operations from Rabaul against Guadal canal for Operationl-Go during April 1943. It has been expediently camouflaged with large dark green blotches over the original factory finish, with the pattern and style different on each aircraft. Variously depicted with and without white borders to the fuselage hinomaru.