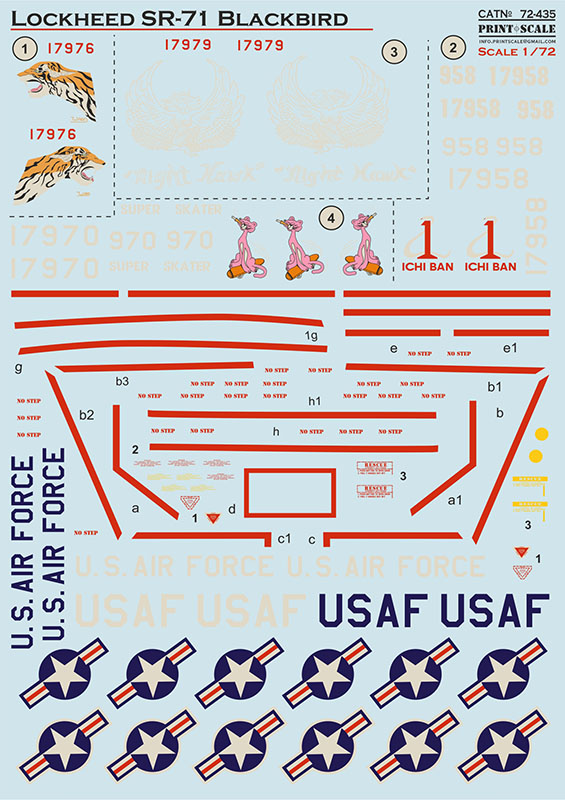 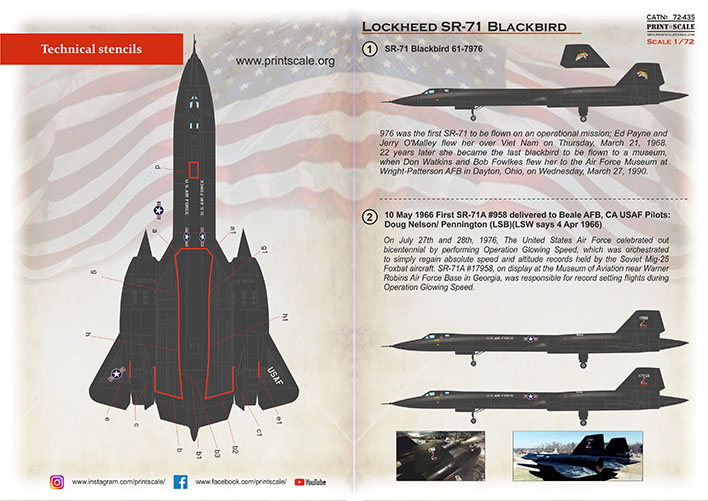 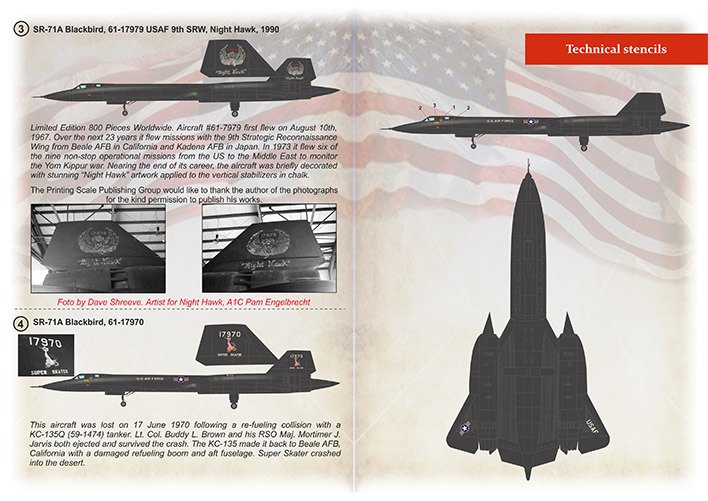 On July 27th and 28th, 1976, The United States Air Force celebrated out bicentennial by performing Operation Glowing Speed, which was orchestrated to simply regain absolute speed and altitude records held by the Soviet Mig-25 Foxbat aircraft. SR-71A #17958, on display at the Museum of Aviation near Warner Robins Air Force Base in Georgia, was responsible for record setting flights during Operation Glowing Speed.

3. SR-71A Blackbird, 61-17979 USAF 9th SRW, Night Hawk, 1990. Limited Edition 800 Pieces Worldwide. Aircraft #61-7979 first flew on August 10th, 1967. Over the next 23 years it flew missions with the 9th Strategic Reconnaissance Wing from Beale AFB in California and Kadena AFB in Japan. In 1973 it flew six of the nine non-stop operational missions from the US to the Middle East to monitor the Yom Kippur war. Nearing the end of its career, the aircraft was briefly decorated with stunning “Night Hawk” artwork applied to the vertical stabilizers in chalk.

4. SR-71A Blackbird, 61-17970. This aircraft was lost on 17 June 1970 following a re-fueling collision with a KC-135Q (59-1474) tanker. Lt. Col. Buddy L. Brown and his RSO Maj. Mortimer J. Jarvis both ejected and survived the crash. The KC-135 made it back to Beale AFB, California with a damaged refueling boom and aft fuselage. Super Skater crashed into the desert.