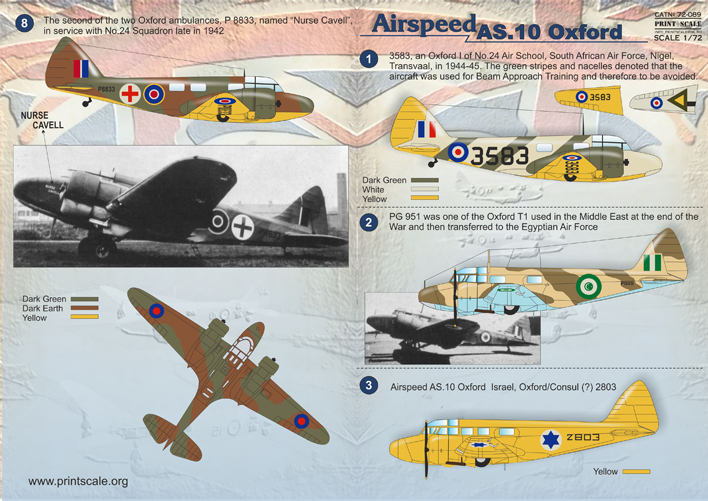 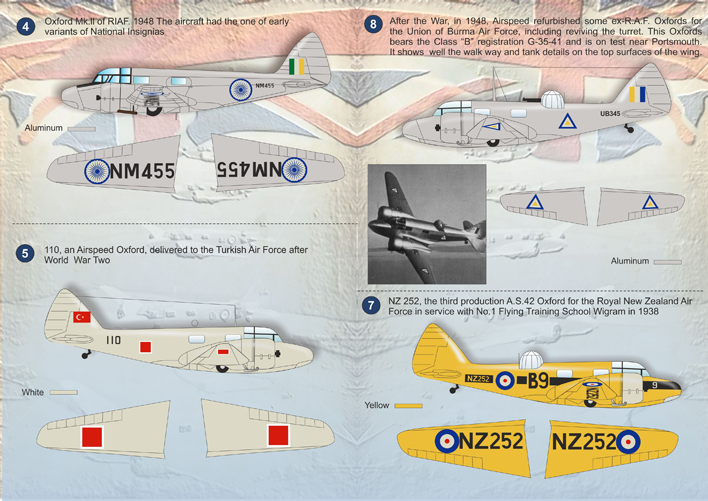 2. PG 951 was one of the Oxford T1 used in the Middle East at the end of the War and then transferred to the Egyptian Air Force.

4.  Oxford Mk.ll of RIAF. 1948 The aircraft had the one of early variants of National Insignias.

5. 110, an Airspeed Oxford, delivered to the Turkish Air Force after World War Two.

6. After the War, in 1948, Airspeed refurbished some ex-R.A.F. Oxfords for the Union of Burma Air Force, including reviving the turret. This Oxfords bears the Class “B” registration G-35-41 and is on test near Portsmouth. It shows well the walk way and tank details on the top surfaces of the wing.

7. NZ 252, the third production A.S.42 Oxford for the Royal New Zealand Air Force in service with No.1 Flying Training School Wigram in 1938.