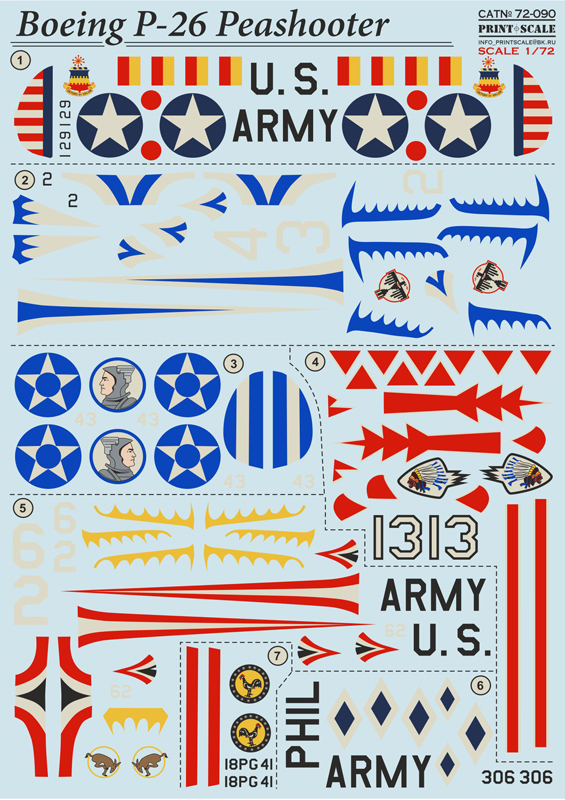 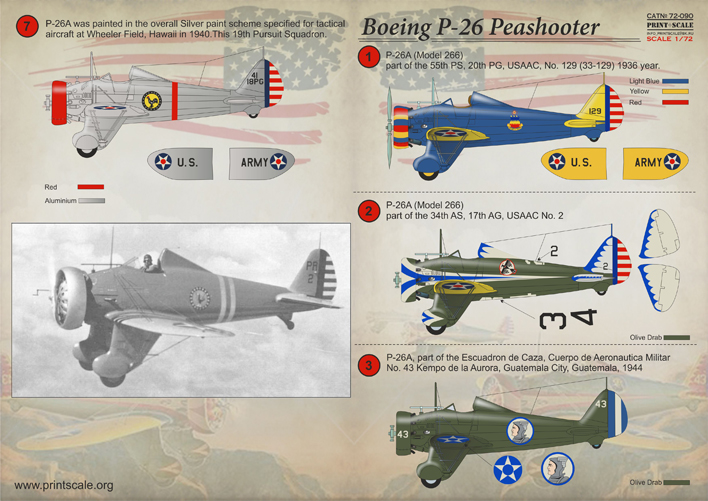 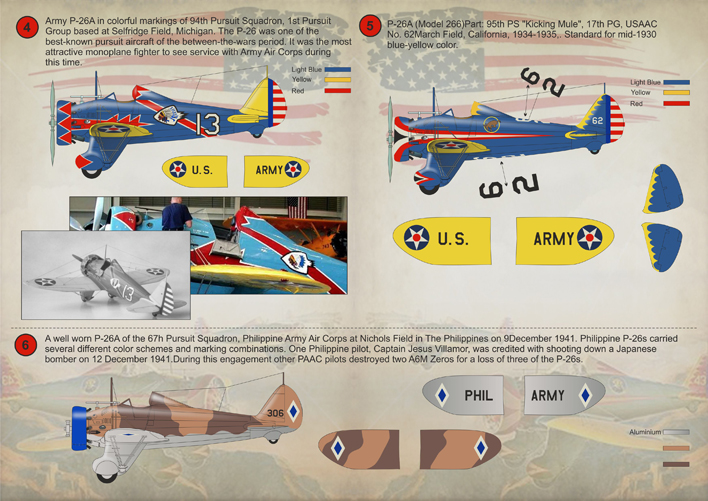 4. Army P-26A in colorful markings of 94th Pursuit Squadron, 1st Pursuit Group based at Selfridge Field, Michigan. The P-26 was one of the best-known pursuit aircraft of the between-the-wars period. It was the most attractive monoplane fighter to see service with Army Air Corps during this time.

6. A well worn P-26A of the 67h Pursuit Squadron, Philippine Army Air Corps at Nichols Field in The Philippines on 9December 1941. Philippine P-26s carried several different color schemes and marking combinations. One Philippine pilot, Captain Jesus Villamor, was credited with shooting down a Japanese bomber on 12 December 1941.During this engagement other PAAC pilots destroyed two A6M Zeros for a loss of three of the P-26s.

7. P-26A was painted in the overall Silver paint scheme specified for tactical aircraft at Wheeler Field, Hawaii in 1940.This 19th Pursuit Squadron.