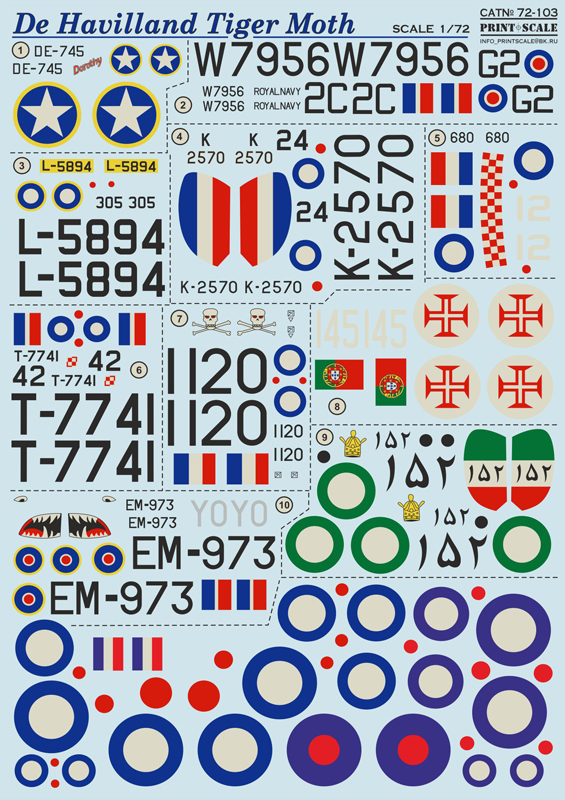 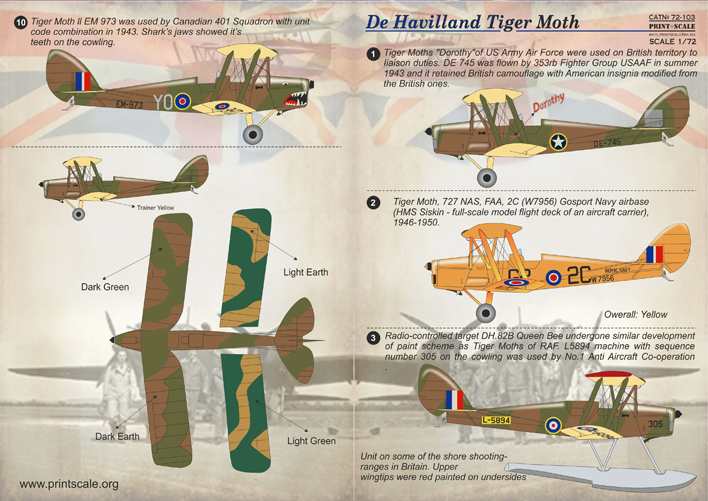 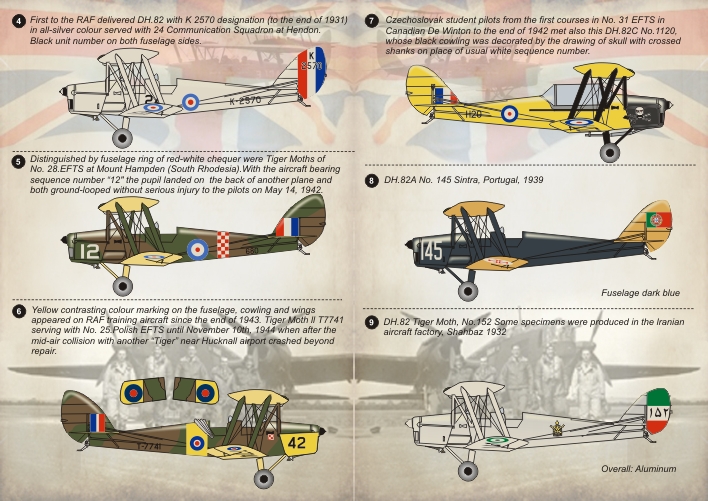 De Havilland Tiger Moth / 72-103 /
1. Tiger Moths "Dorothy"of US Army Air Force were used on British territory to Iiaison duties. DE 745 was flown by 353rb Fighter Group USAAF in summer 1943 and it retained British camouflage with American insignia modified from the British ones.

4.First to the RAF delivered DH.82 with K 2570 designation (to the end of 1931) in all-silver colour served with 24 Communication Squadron at Hendon. Black unit number on both fuselage sides.

5. Distinguished by fuselage ring of red-white chequer were Tiger Moths of No. 28.EFTS at Mount Hampden (South Rhodesia).With the aircraft bearing sequence number “12" the pupil landed on the back of another plane and both ground-looped without serious injury to the pilots on May 14, 1942.

6. Yellow contrasting colour marking on the fuselage, cowling and wings appeared on RAF training aircraft since the end of 1943. Tiger Moth ll T7741 serving with No. 25.Polish EFTS until November 10th, 1944 when after the mid-air collision with another “Tiger” near Hucknall airport crashed beyond repair.

7. Czechoslovak student pilots from the first courses in No. 31 EFTS in Canadian De Winton to the end of 1942 met also this DH.82C No.1120, whose black cowling was decorated by the drawing of skull with crossed shanks on place of usual white sequence number.