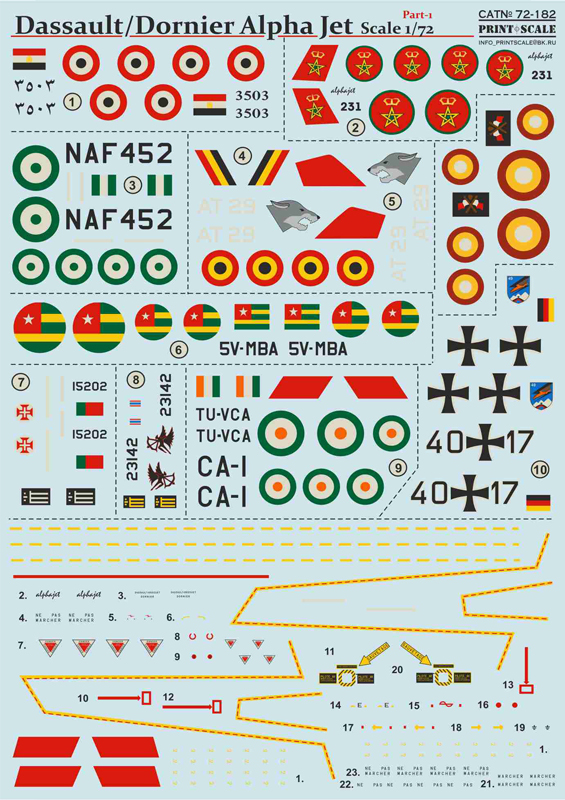 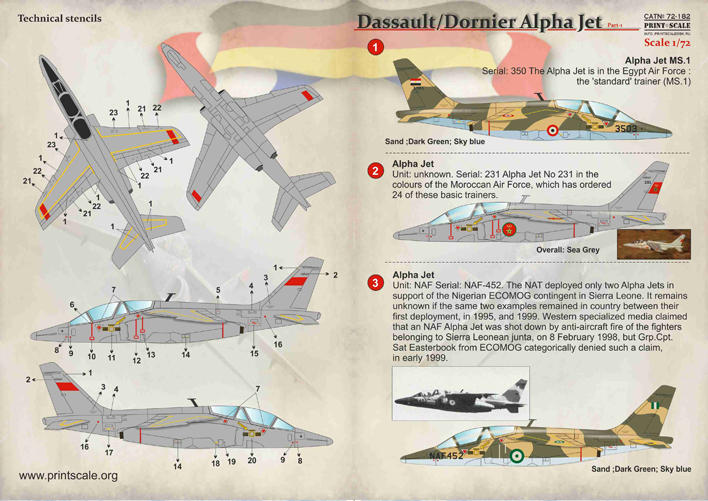 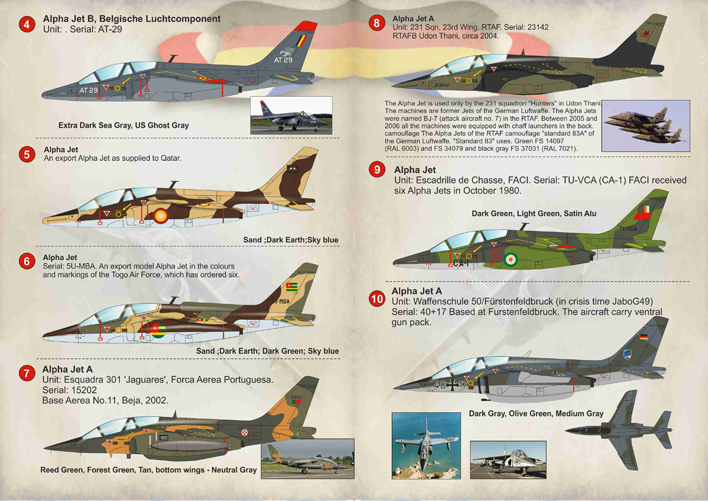 2. Alpha Jet Unit: unknown. Serial: 231 Alpha Jet No 231 in the colours of the Moroccan Air Force, which has ordered 24 of these basic trainers.

3. Alpha Jet Unit: NAF Serial: NAF-452. The NAT deployed only two Alpha Jets in support of the Nigerian ECOMOG contingent in Sierra Leone. It remains unknown if the same two examples remained in country between their first deployment, in 1995, and 1999. Western specialized media claimed that an NAF Alpha Jet was shot down by anti-aircraft fire of the fighters belonging to Sierra Leonean junta, on 8 February 1998, but Grp.Cpt. Sat Easterbook from ECOMOG categorically denied such a claim, in early 1999.

5. Alpha Jet. An export Alpha Jet as supplied to Qatar.

6. Alpha Jet Serial: 5U-MBA. An export model Alpha Jet in the colours and markings of the Togo Air Force, which has ordered six.