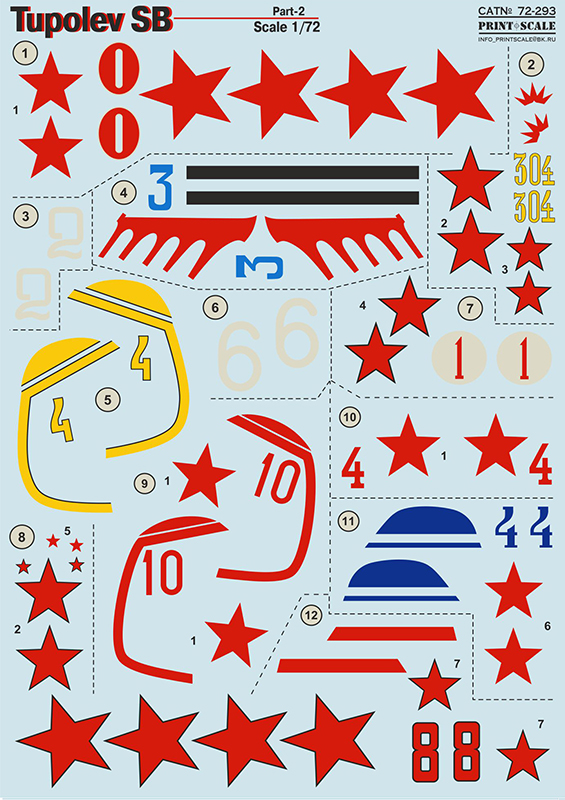 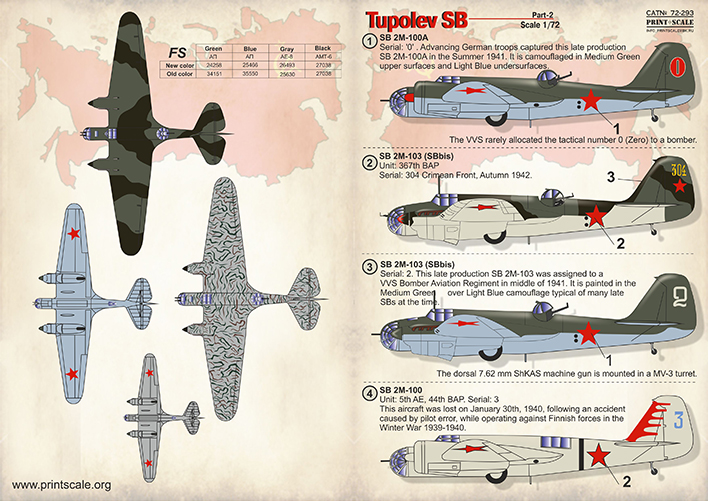 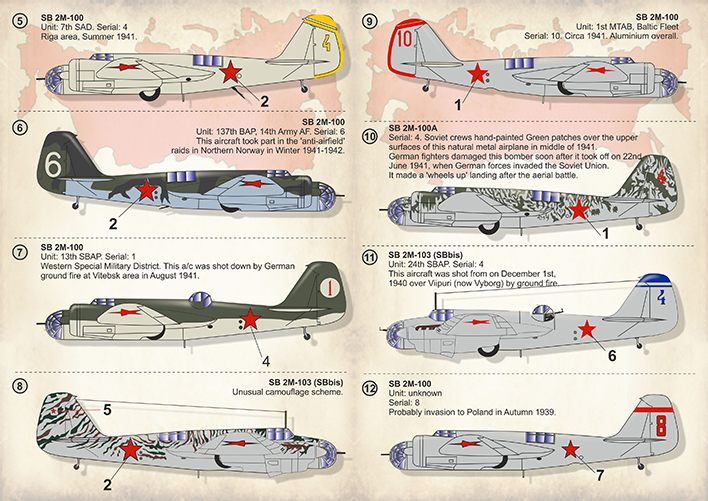 3. SB 2M-103 (SBbis) Serial: 2. This late production SB 2M-103 was assigned to a VVS Bomber Aviation Regiment in middle of 1941. It is painted in the Medium Green  over Light Blue camouflage typical of many late SBs at the time.

10. SB 2M-100A. Serial: 4. Soviet crews hand-painted Green patches over the upper surfaces of this natural metal airplane in middle of 1941. German fighters damaged this bomber soon after it took off on 22nd June 1941, when German forces invaded the Soviet Union. It made a 'wheels up' landing after the aerial battle.