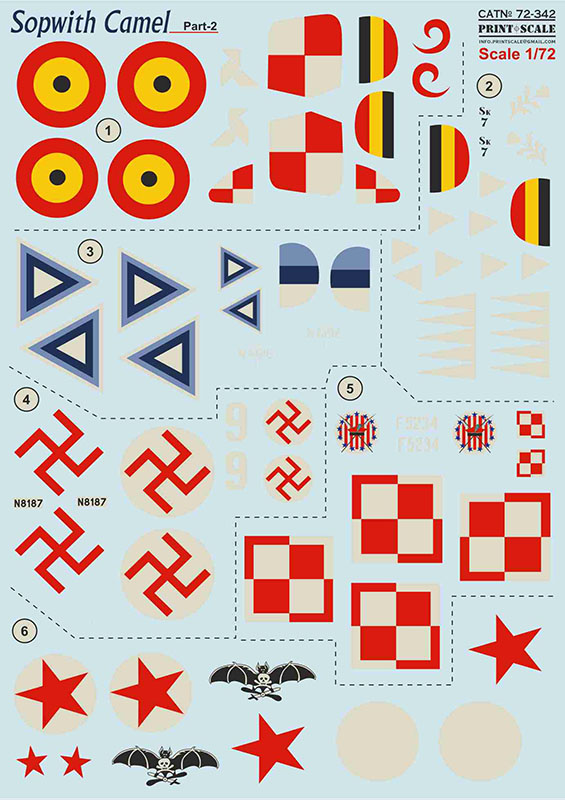 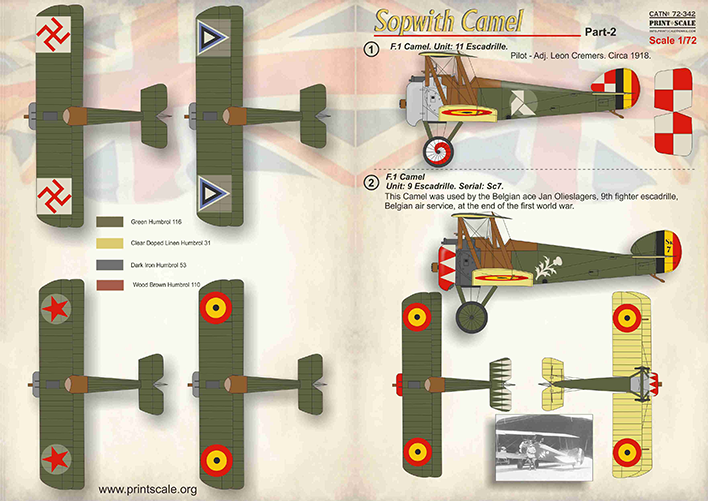 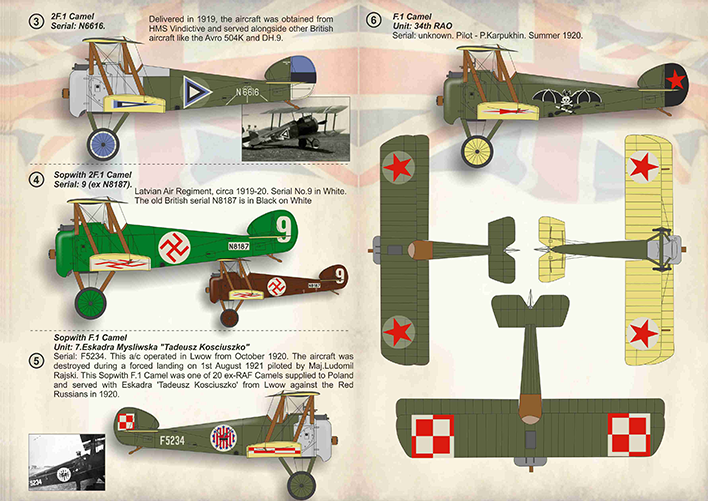 3. 2F.1 Camel Serial: N6616. Delivered in 1919, the aircraft was obtained from HMS Vindictive and served alongside other British aircraft like the Avro 504K and DH.9.

5. Sopwith F.1 Camel. Unit: 7.Eskadra Mysliwska "Tadeusz Kosciuszko". Serial: F5234. This a/c operated in Lwow from October 1920. The aircraft was destroyed during a forced landing on 1st August 1921 piloted by Maj.Ludomil Rajski. This Sopwith F.1 Camel was one of 20 ex-RAF Camels supplied to Poland and served with Eskadra 'Tadeusz Kosciuszko' from Lwow against the Red
Russians in 1920.