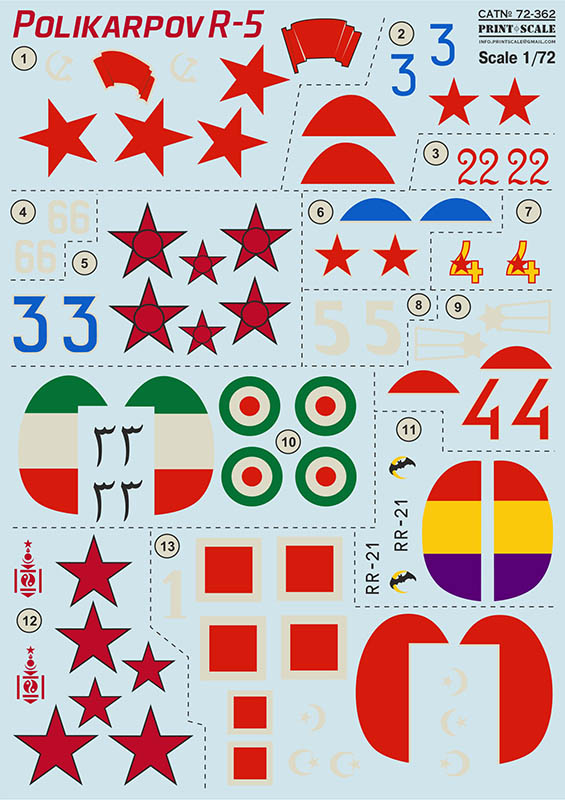 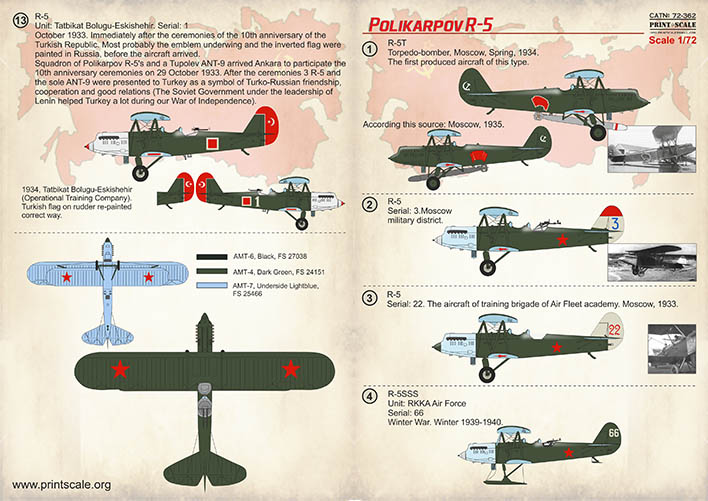 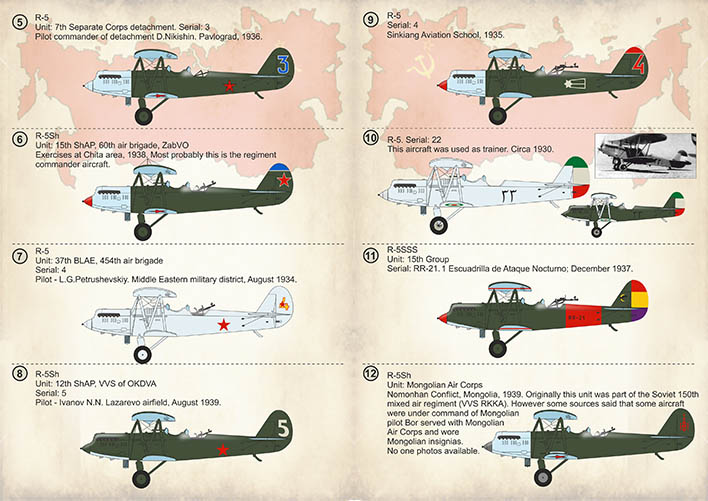 13. R-5. Unit: Tatbikat Bolugu-Eskishehir. Serial: 1. October 1933. Immediately after the ceremonies of the 10th anniversary of the Turkish Republic. Most probably the emblem underwing and the inverted flag were painted in Russia, before the aircraft arrived.
Squadron of Polikarpov R-5's and a Tupolev ANT-9 arrived Ankara to participate the 10th anniversary ceremonies on 29 October 1933. After the ceremonies 3 R-5 and the sole ANT-9 were presented to Turkey as a symbol of Turko-Russian friendship,
cooperation and good relations (The Soviet Government under the leadership of Lenin helped Turkey a lot during our War of Independence).