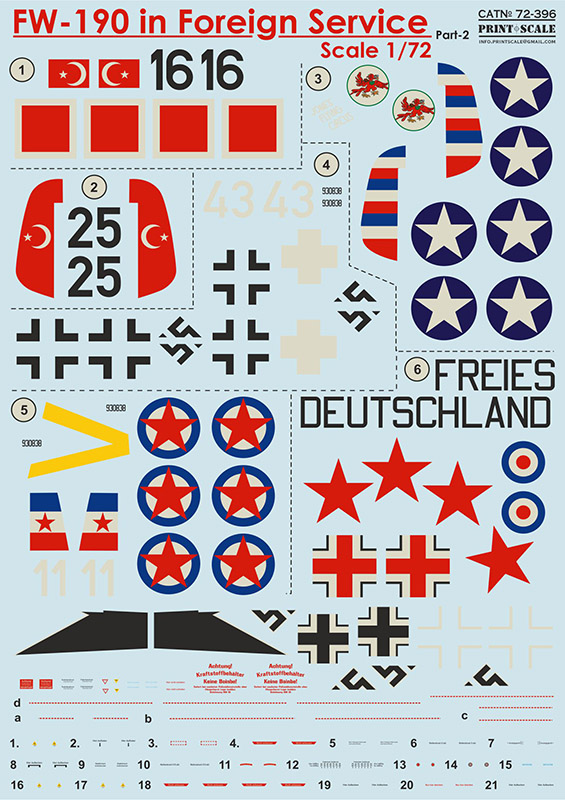 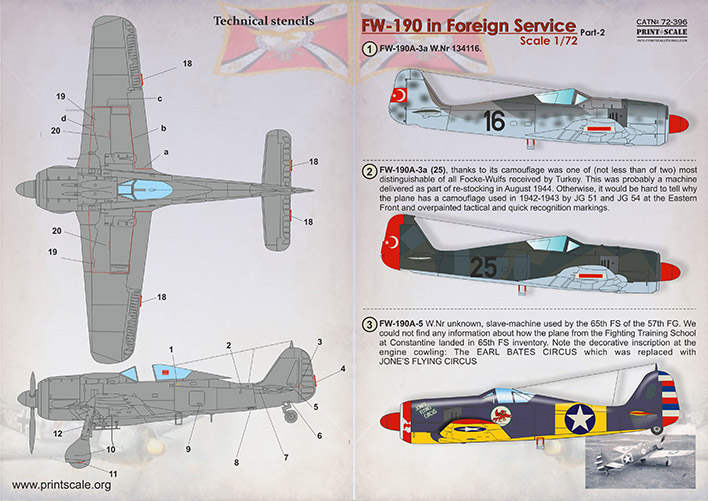 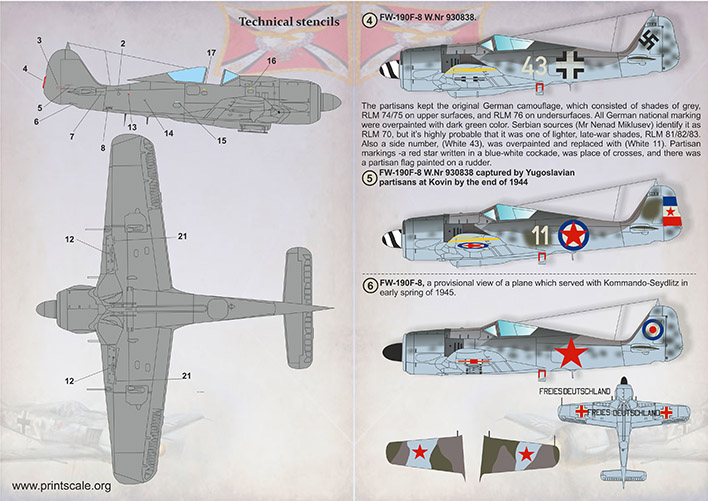 2. FW-190A-3a (25), thanks to its camouflage was one of (not less than of two) most distinguishable of all Focke-Wulfs received by Turkey. This was probably a machine delivered as part of re-stocking in August 1944. Otherwise, it would be hard to tell why
the plane has a camouflage used in 1942-1943 by JG 51 and JG 54 at the Eastern Front and overpainted tactical and quick recognition markings.

3. FW-190A-5 W.Nr unknown, slave-machine used by the 65th FS of the 57th FG. We could not find any information about how the plane from the Fighting Training School at Constantine landed in 65th FS inventory. Note the decorative inscription at the engine cowling: The EARL BATES CIRCUS which was replaced with JONE’S FLYING CIRCUS.

6. FW-190F-8, a provisional view of a plane which served with Kommando-Seydlitz in early spring of 1945.